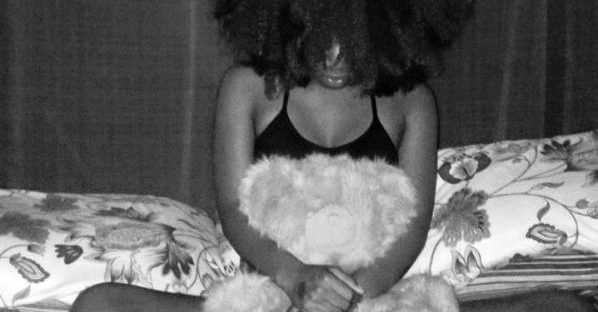 As a mom, we are conditioned to be heroines; we wear a lot of different hats and we are expected to suck it up.

We wear our crowns without tilting our heads, we carry the burden without shedding a tear and we keep striving to be better! 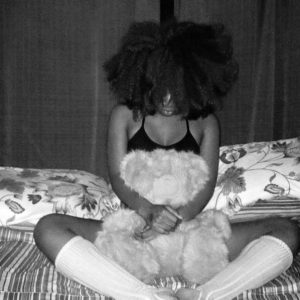 With that said: many of us don’t get the thanks that we truly deserve. That scenario may be for a lot of different reasons; some people feel as though we shouldn’t be shown gratitude for obligations that come with having a child and others feel as though it isn’t their job to provide appreciation.

All of these are opinions, of course, but in America, among many of the granted liberties, just so happens to be “Freedom of Speech”.

Too many people cross the border line that this right was suppose to protect!

Now as a first time mom: my mind was blown! My body had gone through sooo much in such a short period of time. I went from a slender, independent teen into a infant toting woman who was now expected to be the best at everything, everywhere during every minute. It seemed effortless; all of my instincts kicked in!

My entire life I envisioned the type of mother I wanted to be and so there weren’t too many issues when I decided that my baby was my baby for keeps! I went into overdrive: working twelve hours shifts, moving, saving, and preparing my nest for my baby that I wasn’t sure I was ready for!

Ultimately, she got here and although it was never ending: I got through it with no depression or “baby blues” , no severe medical issues for the baby and I, and no drastic catastrophes! Yay me! None of the things that people tried to warn me about happened to me and for that reason I felt like as a mother I had failed, even without having held her yet! I didn’t get huge! I wasn’t in too much pain! I continued with my life and just waited for this baby that seemed as if , would never get here .. maybe she wasn’t happy to finally meet her first best friend ? Maybe she wasn’t happy about my life out here in the real world.

Inevitably, I decided that she wasn’t ready to leave the comfort of my womb and that’s why no matter how long I was in labor or how much my doctors tried to force her out: she stayed put and so did I! Up until this very day, you can guarantee that she never leaves my side. She crawls over to my body 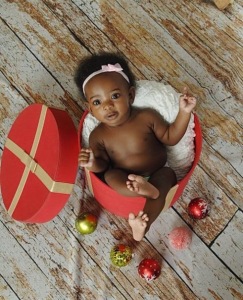 just to plop her little body onto mine and although many doctors will claim it’s dangerous, it’s a feeling the rises from the bottom of my heart; a feeling that I could and would never get rid. To know, someone in this world, regardless of any of my failings, could still muster up the love and admiration that I see when I look at her and she looks at me!

Now back to what this blog post is about: a mothers’ insecurities! Our friends and family have no idea how serious of an impact there words and actions seem to create!

Not long after birth, I found myself emotionally beating myself up about my appearance … yes, my stomach was flat and I wasn’t “sloppy” but I wasn’t me.

My stretch marks were in full effect, my breast were leaking nonstop and for some reason: my daughter was attached to me: whether I was sleeping, showering, using the bathroom, cooking or even going out for air!

I was okay at first but then my family members started commenting on my appearance. Now don’t get the wrong idea; they weren’t implying that I was fat, sloppy or smelly but the comments just kept coming.

“Look at your stretch marks!”

“Before you get or keep a man, you have to get rid of those stretch marks”

“Your boobs are leaking again”

“Why would you breastfed her?”

“You can’t wear a crop top anymore: not with those stretch marks”

“Your stomach is flat but still you need to fix that”

“Why are you cleaning up the house with the baby?”

“Your nose is going to stay that wide after the baby”

“Your gap is really ugly. Why don’t you fix it?”

“You need to learn how to do hair; how are you going to take care of your daughter without being able to do hair?”

“You need to feed her formula so your boobs won’t leak.. that’s nasty”

“Why is she so skinny? She gets that from you”

“Your boobs have dropped! In a year, they’ll be super saggy”

“Your skin needs to clear up”

Some of these comments were the nicer versions needless to say. Now this gave me a complex about my skin, my “tiger stripes”, my stomach, my 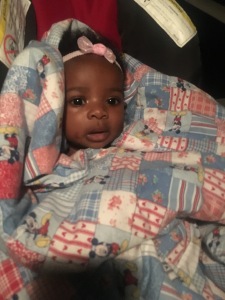 wardrobe, and just about anything remotely close to my appearance but also the appearance of my daughter and what her future looked like!

I started paying for my stretch marks to be removed. I looked into all of these creams and oil to remove all of the body marks I had and became obsessed with ensuring that my daughters skin was clear; not one single mark ANYWHERE!

I got dental work done to fix my gap and even with all of the pain I endured to shift my teeth; I still found problems with my mouth! I still found issues with my skin. I was obsessed with aloe Vera and water as if it were a miracle remedy. I found myself on the phone with my “nana”almost too frequently, just asking about family secrets to fixing so many issues that anyone would have believed were imaginary!

Then I received my godsend in the shape of a friend of mine! Now, he’s older so he has a lot more wisdom than I could muster up at 21! With five children and various sexual experiences, he ensured me that just because I had a child that didn’t mean that I wasn’t attractive nor did it mean that I wouldn’t ever partake in sexual pleasures which seemed to all but halt for me as a pregnant woman!

He assured me that my cesarean scare would heal and although it wouldn’t fade completely: he could guarantee that a REAL man wouldn’t judge me for that because I was given a gift. His exact words were, “All soldiers go through war and none of them come out of it unscathed”.. he asked me a question that got me to thinking … he said, “How could you think you would go through something as incredible as bringing a child into this world, wouldn’t any pain, without any scares?”

How could I think being gifted with an incredible healthy baby, having everything together for her and still being in school with a 4.0 GPA would come with no bad labor pains or any ugly marks?

I sat there for hours just thinking about that one question. Yes I got stretch marks and a cut that would take a very long time to heal! Yes, we were in danger during labor and although, I was in labor for days; I got the one thing I begged God for my entire pregnancy: a healthy baby! And just like I hoped: he delivered. So why was I truly so down on myself ? Because a small ratio of people had mean things to say about me? Because my own family couldn’t think about their words before speaking them?

I was still an incredible woman and my boyfriend is still my boyfriend! He still wants me to give him children still and we still have “adult” time. The more I looked at the people who seemed to judge me effortlessly, the more I realized these were the same people who weighed twice the amount I did, even while I was pregnant. These were people who had gaps themselves, women who had children and never recovered from their weight gain! These were friends who knew my struggle with insecurities my entire life but still downed me!

But more than that: those were people who should have known better! Today, I’ve gained ten pounds in less than two months and although, I’m not pregnant again: I’m happy! I’m happy because I’ve rid myself of the toxins that have plagued my life for so long. Sure my gap is gone but sometimes I don’t wear my retainer: just to see that space one last time… my daughter has cuts and bruises from falling and playing like all children should, my stretch marks are deep and ugly but my soon to be husband loveeessss them, my skin isn’t as clear as it should be but who cares and my hair gets wrapped up as much as I want it to because I refuse to do it and I freaking love it!

The best lesson that any of this could have taught me was that my worse critic can only ever be me!